No impact to your online store. 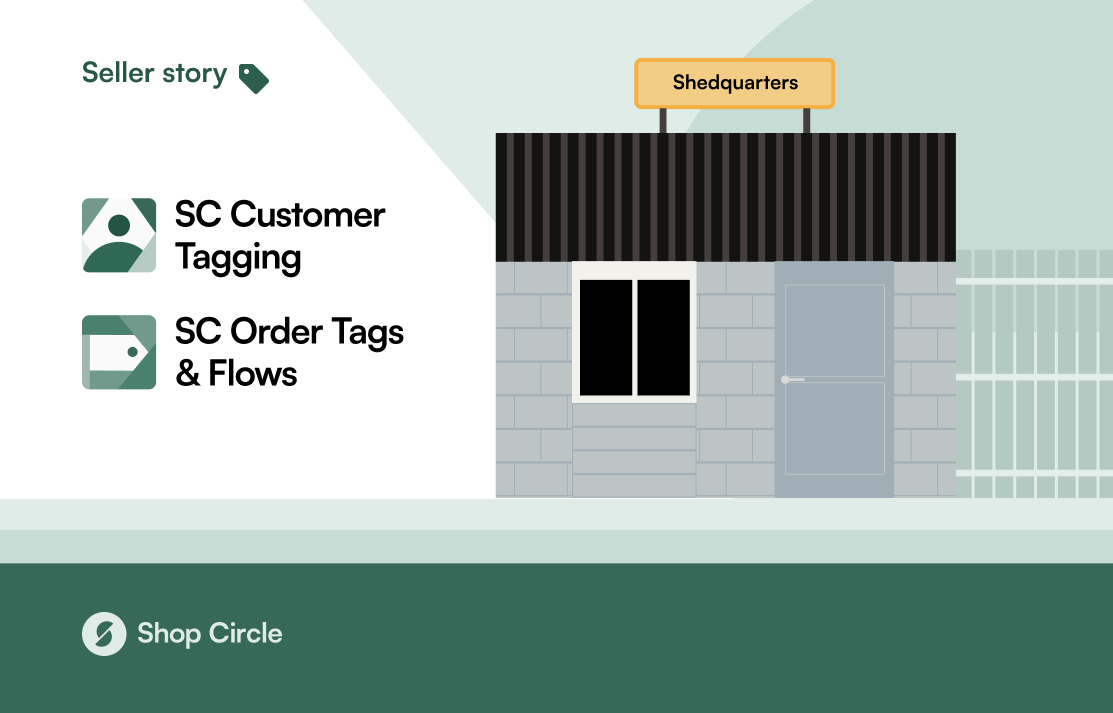 When London-based Union Works, a Shopify app development business, began working with a food-delivery client, a curious problem arose: how could the Shopify store deliver products based on the customer’s needs, in a way that was both simple and seamless? For example, vegetarians wanted different meals than meat eaters, and then there were gluten-free customers who needed an entirely new menu.

“They wanted a way to categorize customers based on what they ordered, and so we built Customer Tags and Segments for them,” says Union Works co-founder Sam Henning, who founded the company in 2017 along with developers Alex Dover and Steve Jones. They were well acquainted with each other, having built an agency to help merchants get their Shopify stores off the ground. In fact, Jones launched an app called Cross Sell for the Shopify ecosystem, further encouraging the team to develop more apps for merchants looking to level up their business and better organize their customers and orders.

“Back then, there wasn’t a lot of email marketing segmentation going on, so we realized we could solve a problem with our app,” says Henning.

The customer tagging app allows users to apply tags to leverage marketing automation and tailor their communications with consumers based on where they are in the shopping lifecycle. When an order is placed, the app will run a merchant’s workflows against the order and will then apply or remove tags if the workflow is matched. These auto tags can then be harnessed to segment marketing lists, control access, manage discounts, and much more.

At the time, there really wasn’t much competition. “We noticed one other app by another firm, and they were really expensive and more of an automation app and what we at Union Works try to do is have a clearly functioning app based on simple concepts and accomplish the function, in this case customer tagging, in the best way possible,” Henning says.

Why is customer segmentation so important? As a Hubspot blog points out, the benefits are numerous:

Customer Tags and Segments was soon generating a strong reception among users, but then something surprising happened. For the meal-delivery client, Union Works also saw another opportunity: tagging orders efficiently, so they could better manage the orders also based on customer segmentation.

“Order Tagger was slowly growing for a long time and then the concept of organizing orders and drop-shipping and sending orders to different places became more popular and suddenly Shopify stores needed a better system to manage their orders and then Order Tagger overtook Customer Tags and Segments as the much bigger app,” Henning recalls.

Growth was especially impressive during the pandemic lockdown months, when monthly downloads doubled for Order Tagger, Henning says. “Order Tagger was very much needed for order management, which soared when everything went online during the first year of the pandemic, and once Order Tagger got wind in its sails, it made its way to the first page of a lot of categories on the Shopify app store and word-of-mouth buzz made it even more in-demand,” Henning says.

The Union Works “shedquarters”, as the founders like to call it, was vibrating with excitement at how their Shopify apps were sought after by Shopify merchants, but then they were confronted with a key question: Was it time to look for buyers for both Order Tagger and Customer Tags and Segments?

Henning describes Union Works’ business model akin to a start-up incubator: “We like coming up with an app idea, we like getting it going, giving it some traction, growing the revenue. But, when it gets to a certain size, we often decide that a bigger team needs to grow it even more. It needs marketing support, it needs more developers.”

Their other app Happy Birthday—allowing merchants to automatically send custom messages or gifts for a customer’s birthday—attracted raised eyebrows from various buyers, including Shop Circle. As it turned out, the Shop Circle team learned more about Order Tagger and Customer Tags and Segments during those conversations and shifted their interest to those apps.

“The offer from Shop Circle was good and we felt that they had the right intentions for the apps. Additionally, the Shop Circle leadership team weren’t looking to flip the app quickly post-acquisition but to build a robust portfolio of innovative and popular apps. That’s what stood out to us.” - Union Works co-founder Sam Henning

On whether he and his colleagues felt bittersweet about their “children graduate to college and leave the home,” as some sellers see their prized tools once an acquisition happens, Henning replies, “I think we did miss them a little bit, and it took us awhile to realize we've got a bit of time here to focus on everything else.”

To fully integrate the tools Shop Circle’s expanding and best-in-class tech suite, the apps have evolved to be renamed as SC Order Tags & Flows and SC Customer Tagging.

And that focus has a firm grasp on their other apps, such as Happy Birthday and Grapevine, which monitors marketing attribution and revenue tracking by asking a Shopify merchant’s customers “How did you hear about us?”

Selling Order Tagger and Customer Tagger to Shop Circle also frees up time for Henning and his colleagues so they can achieve that healthy work-life balance approach many entrepreneurs seek. “I play golf, so does Alex, and Steve plays a lot of tennis so we are happy to be in a place where we can keep the fire going but also find time for ourselves.” He grins. “It’s nice not to worry about support tickets all the time.”