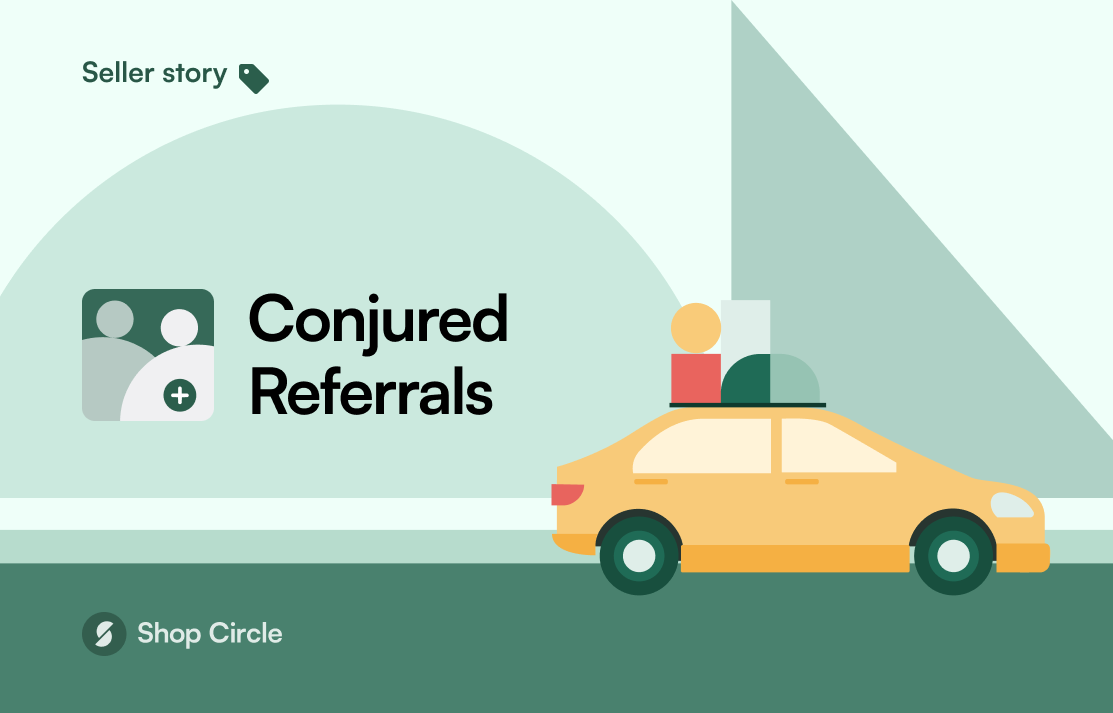 A self-taught programmer since she was 12, Char Genevier knew she had a knack for executing on innovative ideas in the tech space. Working in Pasadena, California, she met her soon-to-be husband and business partner Nick Wyman at the accelerator program Techstars and they soon joined forces…beyond romantically.

“We wanted to start a business together that would enable our lifestyle instead of having to conform our lifestyle to our work schedules.” - Char Genevier, Co-Founder, Conjured Referrals

Wyman, born and raised in New York City, moved to Boulder in 2001 and channeled his passion for technology into becoming a venture capitalist, and he was soon investing in several e-commerce brands on the Shopify platform. When he linked up with Genevier, he was ecstatic to dive deeper into the app-dev market. And so their Shopify agency, Conjured was born.

“We began to market ourselves as fractional CTOs to a number of clients,” Wyman explains, and adds how one particular client, a fast-growing Shopify merchant, was spending thousands of dollars a month for a referral program that wasn’t giving them exactly the experience they were looking for. Presented with a request for specific features, Genevier and Wyman turned their efforts towards building a more customer-centric word-of-mouth marketing tool.

“We decided to focus specifically on the sharing capabilities as opposed to over-engineering points and rewards. It was designed to be a very simple, and straightforward value proposition,” says Wyman.

What came out of the client work in 2016 was Conjured Referrals, which offers a widget for Shopify merchants and brands to place anywhere on their site and allows their customers to send a discount code to people within their network. The new customer would get a discount on goods or services, while the referrer would receive a gift card or discount code as a reward for the referral.

“We let our customers, the merchants, be our guide in terms of informing where there was a gap in the market for an app like this to be developed.” - Nick Wyman, Co-Founder, Conjured Referrals

Genevier adds how they wanted Conjured Referrals to appeal to high-performance merchants and brands seeking a personalized tool for referral marketing. “One of the stand-out features is the ability to fully customize the referral program to match the brand’s unique design, though we also added more template-like features for the long-tail merchants.”

After launch, Shopify and Shopify Plus store owners were fast adopters, clamouring to install the app, and the five-star reviews on the Shopify App Store began to pour in. As one merchant praised, “The right functionality, customization, and stellar service for the price! I reviewed 3-4 other referral programs and Conjured was the obvious choice for multiple app integration, multiple campaigns and open customization to ensure the referral program has the right fit and feel for my shop.”

The sale
Conjured wasn’t looking for a buyer for the app until Shop Circle contacted them in February 2022. But an initial conversation with the Shop Circle team brought a new perspective.

It was around this time other parties in the ecosystem also began showing interest. While they entertained other offers, they sold Conjured Referrals to Shop Circle “ultimately due to the rapport and vision that Shop Circle had for the app, and its other apps,” Wyman adds.

As for their involvement with Conjured Referrals, Genevier says they continue to offer guidance to Shop Circle’s dev team but have begun sunsetting the hands-on support they used to provide to clients regularly. “While we’re sad to see it go, we have no regrets about selling our app to Shop Circle,” she says.

“Initially we wanted to build a business that we could run from anywhere, but it became a business that we had to run everywhere. And so, with a little bit of respite, it will be nice to close that chapter of our business and move on to the next project.” - Char Genevier, Co-Founder, Conjured Referrals

What’s next for Conjured is focusing on their new app, Conjured Memberships, which powers membership programs for Shopify merchants. “We like to solve problems, and we like having a nice clean slate to work with in order to build something new and successful for our clients,” she says.

Also, as a couple post-acquisition they can also carve more time for themselves. “We’re finding time for passions new and old, and also making sure we spend more time with one another,” she says.