delivered every month (calculated based on 2022 to-date data). 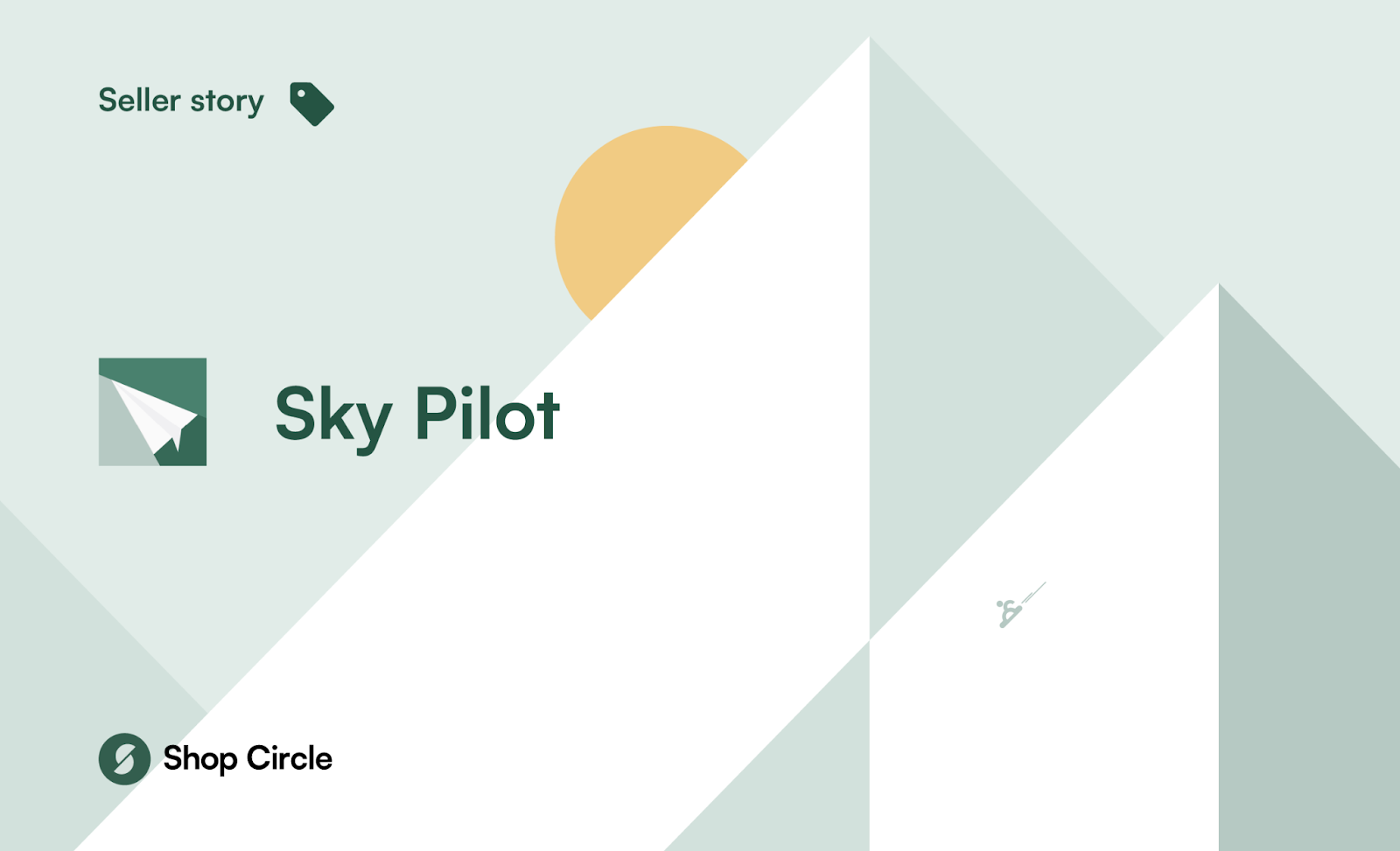 What Andrew Narkewicz had been doing with Sky Pilot is common among many startups that may be eyeing an exit: build a company that someone wants to buy rather than one you want to sell.

Growing up in Colorado as an avid snowboarder, he didn’t think he’d be soon channeling his energy into building a highly desirable Shopify app. After working in fintech soon after graduating from the University of British Columbia with a comp-sci degree, he applied his developing passion to helping friends launch their websites.

When a friend running a video-heavy site of snowboard tricks and highlights approached Narkewicz, they decided a Shopify store would be ideal for this venture, but they came across a problem: it wasn’t simple to find a way to let visitors access their tutorials after purchasing them

“Once I was aware of the problem, I couldn’t let it go,” he says. “I stayed up super late trying to solve it. Eventually I did it for my friend, and out of that came Sky Pilot. From there I just kept it going.”

Sky Pilot allows merchants to offer digital delivery with the look and feel of the brand, and then lets visitors download PDFs, images, music files, videos, ebooks, and much more. “We have people using it for selling knitting patterns on PDFs,” Narkewicz says, “to photo workshops that anyone can download.”

Narkewicz worked diligently to hone his developer expertise into creating a reliable and creative app, which should be the first lesson to anyone seeking to sell their product: Ensure your product has been refined and polished to such a degree that potential suitors can recognize its potential even before a deep dive.

Fast-forward seven years and Sky Pilot, still a one-man show with the founder at the helm, garnered 94 five-star reviews on its Shopify page, with post after post praising Sky Pilot’s efficiency. And it didn’t take long for potential buyers to email Narkewicz to inquire about an acquisition.

When Narkewicz was looking to sell his Shopify app Sky Pilot, which allows merchants to offer a way for customers to download any file, he wanted a buyer who he could trust and respect. He was also looking for a company that would champion his technology and realize its long-term value.

In 2021, he was entering an era reporting a surge in M&A activity that should continue to ramp up in 2022. Aggregate deal value in 2021 soared 71 percent higher than the previous year to top $1 trillion for the first time, and the tech sector accounted for 20 percent of total M&A transactions globally by value.

In addition, a KPMG report notes how more than 80 percent of executives say they expect valuations to rise further in 2022.

Sky Pilot was sought after by “several firms,” he says, but he soon found several to be lobbing low-ball offers he had no intention of considering seriously.

He remembers other possible e-commerce suitors said they would return to negotiations when Sky Pilot grew more, and “eventually I found the process so draining,” he adds.

In 2021, when Shop Circle first opened discussions with the software developer based in Whistler, B.C., he immediately felt comfortable within the first meeting. “I could tell they wanted to give the app a good home, that they weren’t going to neglect it or push it to the background of their priority list,” he says.

“I felt like I could trust them, and they were responsive, unlike some potential buyers who said they might get back to me in three months or so,” Narkewicz recalls.

As someone deeply committed to seeing the future of his app flourish, it was imperative he found a buyer he could be confident in, right from jump. “I didn’t have to convince Shop Circle of the value in Sky Pilot. They saw that right away.”

Now a member of Shop Circle’s suite of intuitive Shopify apps, Sky Pilot has soared in popularity since it went live in 2013, attracting major brands, celebrity websites, and powerhouse film and production studios.

At first, handing off the keys was an unfamiliar feeling for Narkewicz, but as a first-time seller he was also excited to embark on a new project while resting easy knowing his first child—as some entrepreneurs call their first sale—would be in steady hands.

As for the future of Sky Pilot, he wants to continue to see the app improve, and he sees his stepping away from the core operations of the business, as an opportunity for Shop Circle to further grow the app with a fresh perspective and continue to innovate on “what the customers care about and that’s the experience of downloading/streaming digital files and videos quickly and efficiently.”